In 1992 – Brian May attended tribute evening for the late Sammy Davis Junior, Royal Albert Hall, London, UK.
In 1994 – Roger Taylor made a video with Rudi Dolezal & Hannes Rossacher for the Happiness? single, Vienna.
In 2006 – On the first day of Kurosawa Rock Festival, Tokyo, new Brian May Guitar models are first introduced to the public with great demo/presentation by Simon Croft.

In 2011 – Brian May was in Tenerife, Canary Islands, Spain, attending Starmus Festival.

In 2013 – Brian May and Kerry Ellis played the Philharmonic, Liverpool, UK.

In 2013 – Brian May & Kerry Ellis presented the “Viral version of the “The Kissing Me Song” with Kiss video messages from fans.

The Kissing Me Song – Brian May and Kerry Ellis
– https://youtu.be/-aDViD5d3yY 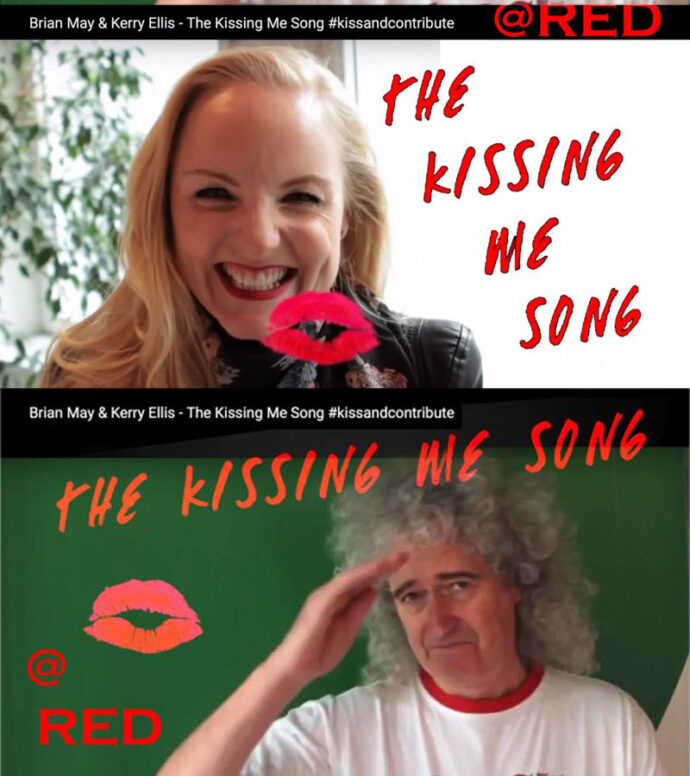 In 2013 – Brian May and The London Stereoscopic Comp any were working on the second set of Diableries stereo cards and on the second box of Astro stereo cards.
In 2014 – Queen + Adam Lambert concert, Credit Union Center, Saskatoon, USA.