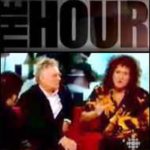 GEORGE STROUMBOULOPOULOS: Alright – so everybody knows Queen right – one of the most popular and intellectual rock bands of all time.  Brian May, Roger Taylor, Freddie Mercury – they formed a group in London in 1970.  Smart guys too.  How smart?  Brian has a PhD.

<Extract: Crazy Little Thing Called Love>
Initially, Queen was dismissed by music critics, especially in the United States, but it wasn’t long before frontman, Freddie Mercury, launched them into stardom.

With that unique voice and legendary live shows, Queen became one of the best-selling groups of all time.  Their albums have spent more than 1,400 weeks, that’s 27 YEARS! on the UK charts.  That’s more than…. The Beatles !

<Extract: We Are The Champions>

By the early 90s Queen drastically scaled back their activity and rumours began to circulate about Freddie Mercury’s health.  November 24th, 1991, Freddie Mercury died from complications from AIDS, but his death didn’t hurt the band’s popularity.  Overall they released over 20 albums and had18 number one hits.  EIGHTEEN NUMBER ONE!  And in 2001 they were inducted into the Rock ‘n’ Roll Hall of Fame.

Now Brian May and Roger Taylor are planning to release a brand new Queen record, but this time it’ll be Paul Rodgers on vocals, and they’ve also created a stage musical – kind of a comedy  – called ‘We Will Rock You’.  It debuts in Canada in March.

<Extract: We Will Rock You (cast recording)>

Well here we go – one of the most successful bands in the world ever, Queen.  Roger and Brian – how are you, gentlemen?

GS:  So you’re doing Queen, We Will Rock You.  You’re doing it here now.

BRIAN MAY:  Yeah.  It’s a new version.  An all-Canadian version which is very exciting.  We’ve a very young cast, and very young band, as a matter of fact.

ROGER TAYLOR:  We’ve been running in London for nearly five years now, so – time it came to Canada.

GS:  So initially people would think, “Listen, a musical by a band.  Okay, is this going to turn into some weirdo, self-indulgent story of my life story?”, but it’s not that.

BM:  It’s actually not very self-indulgent.  It takes the Mickey out of a lot of people in show business, including us, which I think is rather nice, so it’s kind of impartial in that sense, and it’s not a story about a band.  It’s a story about kids in the future, who live in a world that’s been so completely mashed by the media that they’re not able to have their own individual thoughts and make their own individual music, so it’s about their struggle to find individuality and make music.  The whole cast is Canadian.  The whole band’s Canadian,  And…

GS:  You picked it from all over the country, right.  Isn’t that pretty….

BM:  From East to Western Canada, yeah, the whole place was trawled and we found some fantastic talent – just fantastic.

GS:  How do you get to this point – who comes up with the idea to have a musical like this and to tell the story?

RT:  Well I mean, musicals are not something that I, personally like at all – normally it’s not my kind of….

RT:  I really am not thinking about it.  It’s so far away from that, you know.  I can’t tell you how far.

RT:  Yeah – it’s not funny and it doesn’t rock.   (laughter)  Yeah, it’s a strange situation for us but we tried to make, break a lot of rules with it and make it a true rock ‘n’ roll musical.

GS:  Think of the evolution of your band when you started making records and touring and doing what you did, and then now you’re touring into the Paul Rodgers tour, and then there’s this musical – could you have ever foreseen a time when this would’ve been what Queen is – what this has become?

RT:  Not really – I mean, it’s difficult to say what Queen is, it’s really us two (Roger and Brian laugh) you know, unfortunately. (Brian mutters)  Circumstances made it that way, but we’re very proud of still, you know, flying under that banner.

BM:  There is a vibe, you know.  There is a spirit of Queen, which somehow we feel locked into, and the great thing about the musical is, it’s not just some fossilised thing like a representation of us, it’s something which lives in a new generation of artists.

RT:  I guess we do, yeah.  Yes, we’ve been touring with the same guys for a while and they’re great; they’re friends,

GS:  Would you say the process of putting other guys together who you knew you had to go on stage with and do these songs, with the audience, was that hard to do?

BM:  Actually it was hard, yeah.  I mean, Roger and I often would talk about it, you know, should we do this, should we get someone to sing and generally I was very much against it – and Roger needed the money – but (laughter), but I was like you know, “Why would we want to replace Freddie?  Why would we want to do this?”  The amazing thing happened was that we met Paul Rodgers.  I just happened to be on a show concurrently with him and we did ‘Alright Now’ together, and there was such an immediate chemistry there.  To cut a long story short, I rang Roger and said “Look, we never thought of this.  How about with Paul Rodgers?”  Paul Rodgers is not like Freddie.  He actually was a hero of Freddie’s, which is great, but he’s so different in style – the whole oeuvre, the whole Queen ensemble takes a different life now.  He’s a great collaborator.

GS:  What was that phone call like from your end?

RT:  To me it worked, cos we all loved Paul, but he was so from left field because he’s just, he was just so unlike Freddie in so many ways.  He really comes from the Blues and from Soul, and Freddie comes from (pauses) ‘Neptune’.  (laughter)  He’s a lot more down to earth, but in a strange way, he fitted in beautifully.

BM:  (Chuckles)  There were people out there who didn’t want us to do it.  You know, I do a lot of e-mail stuff.  I have a website stuff and people wrote and said “How could you possibly do it without Freddie?” and I went “Well, you know, you’d rather that we were dead?  You know, if we’re alive, we’re gonna play.  We’re musicians.  That’s what we do.”

BS:  We’ll get into that a little bit more – Queen, when The Hour returns. 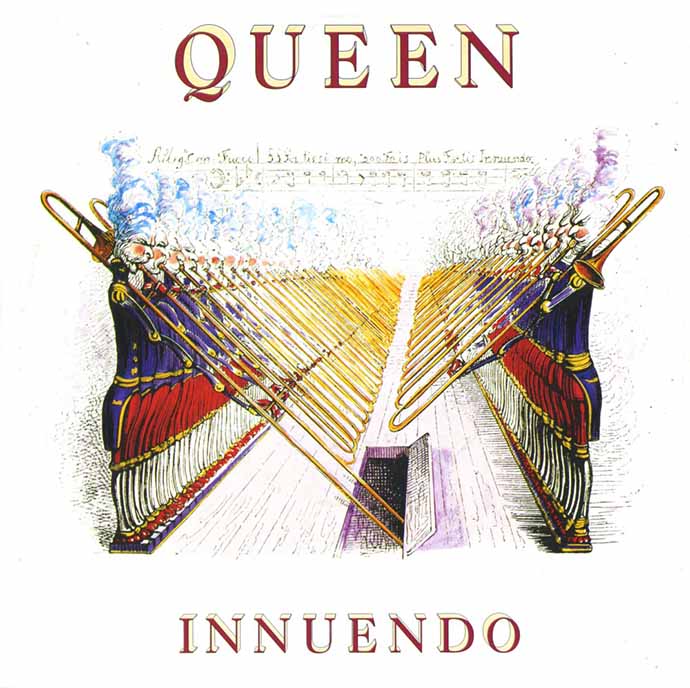 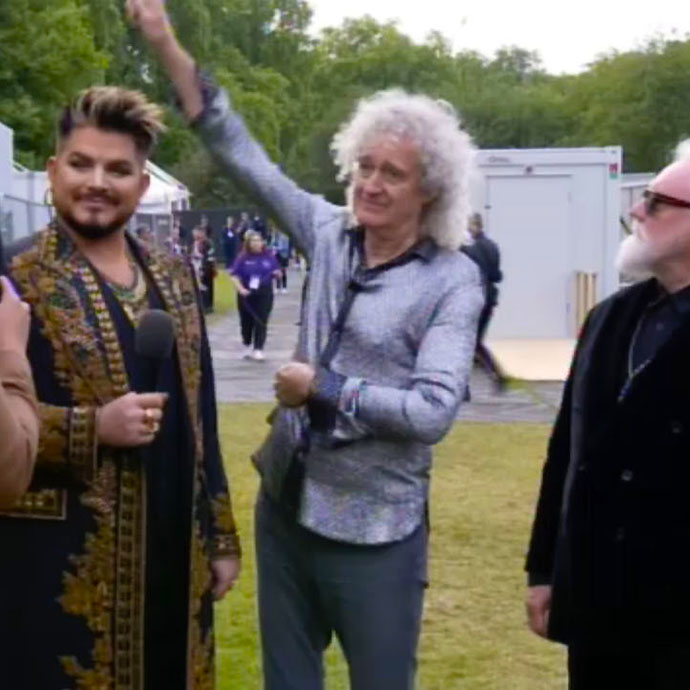 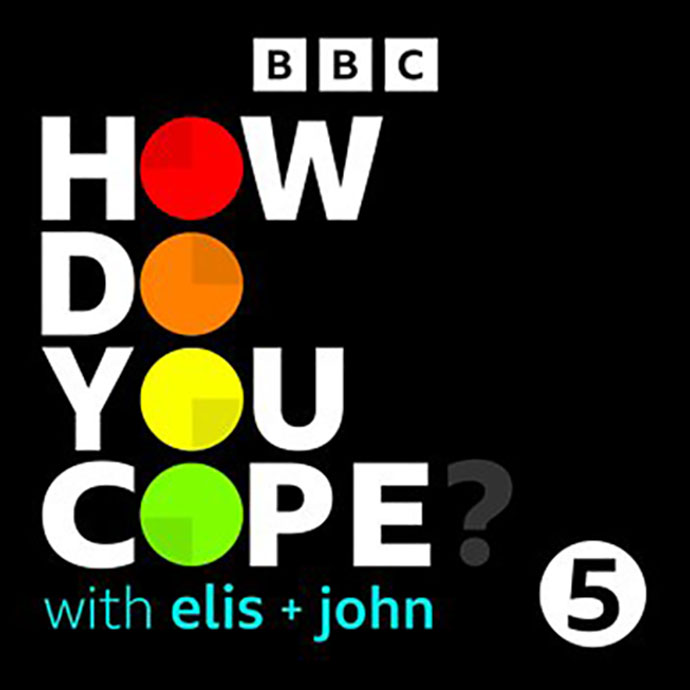 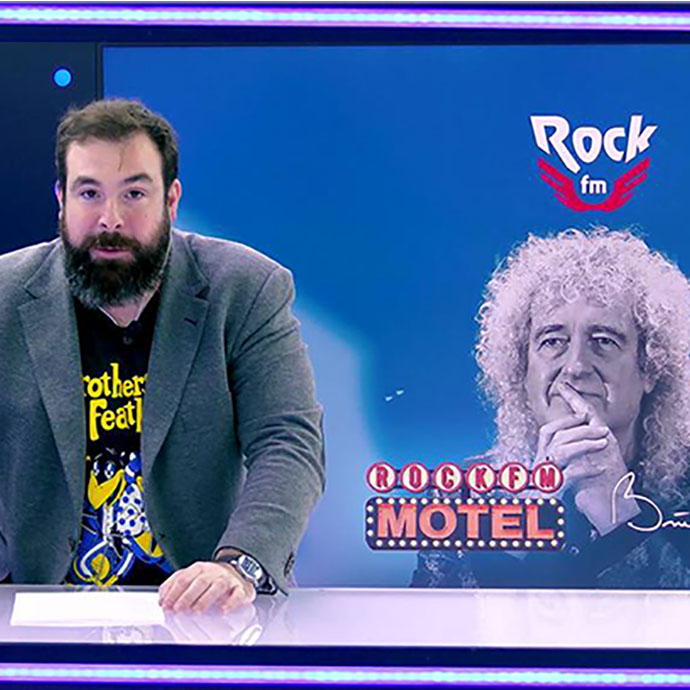 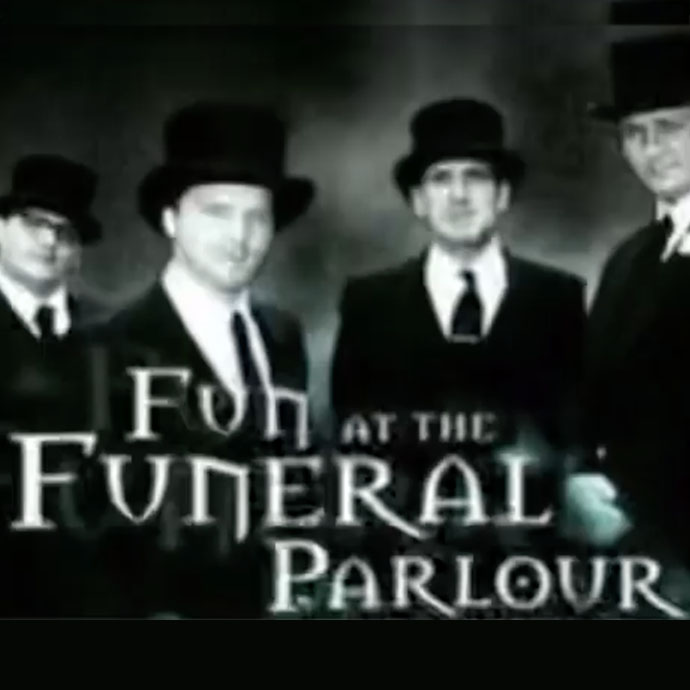 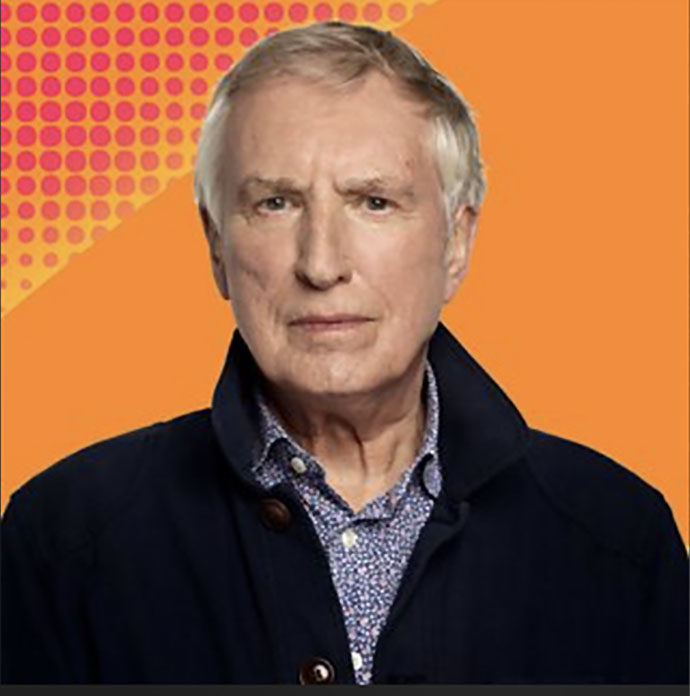 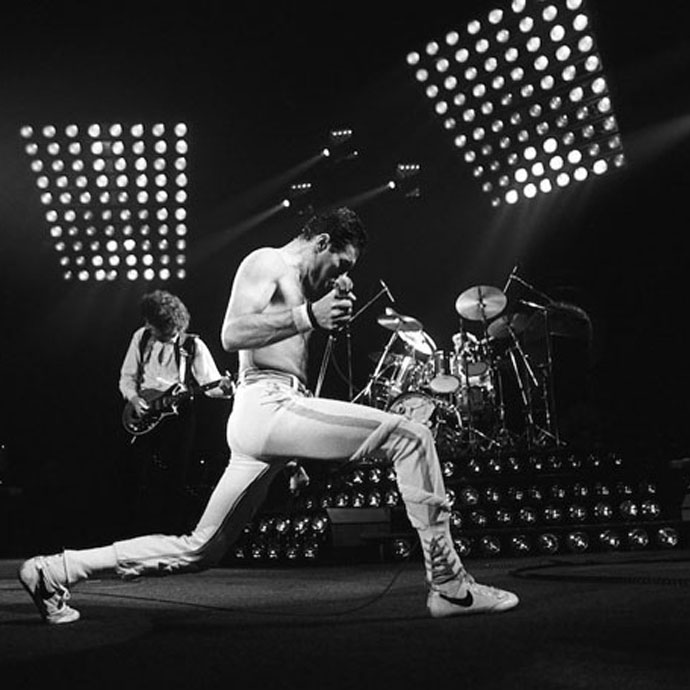 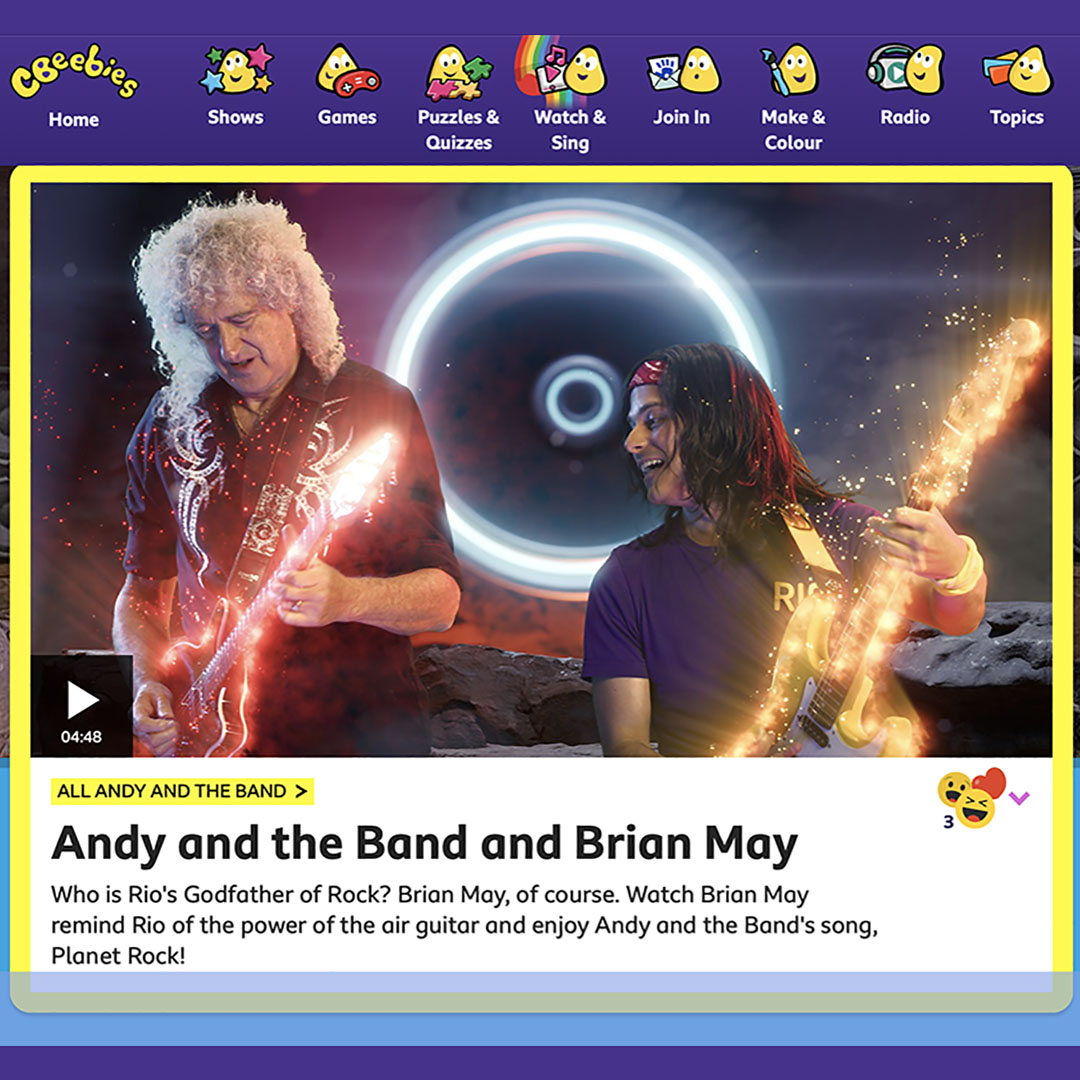 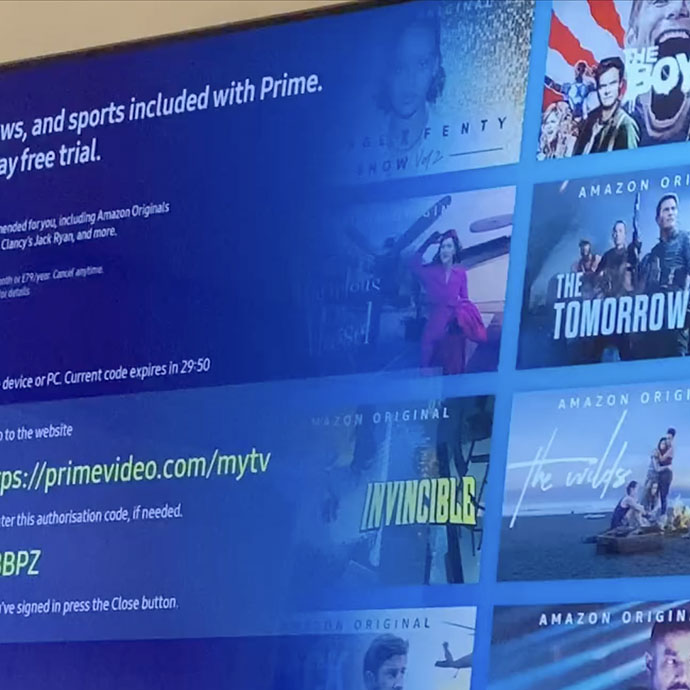 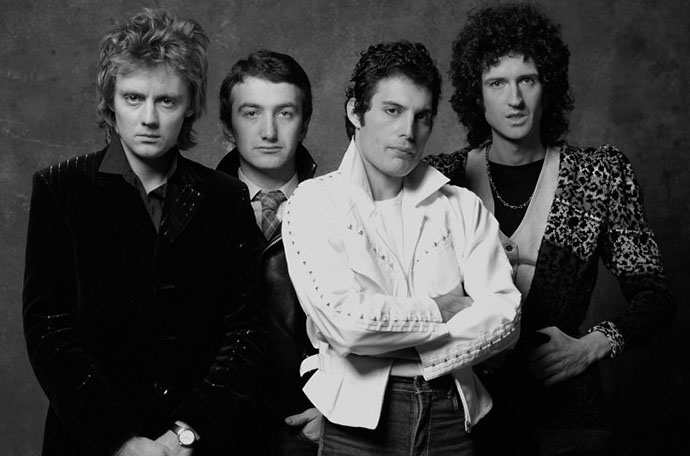 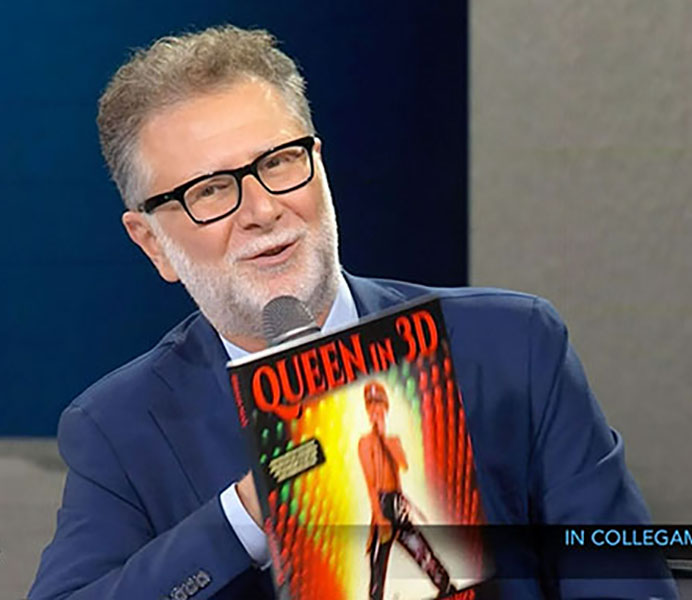